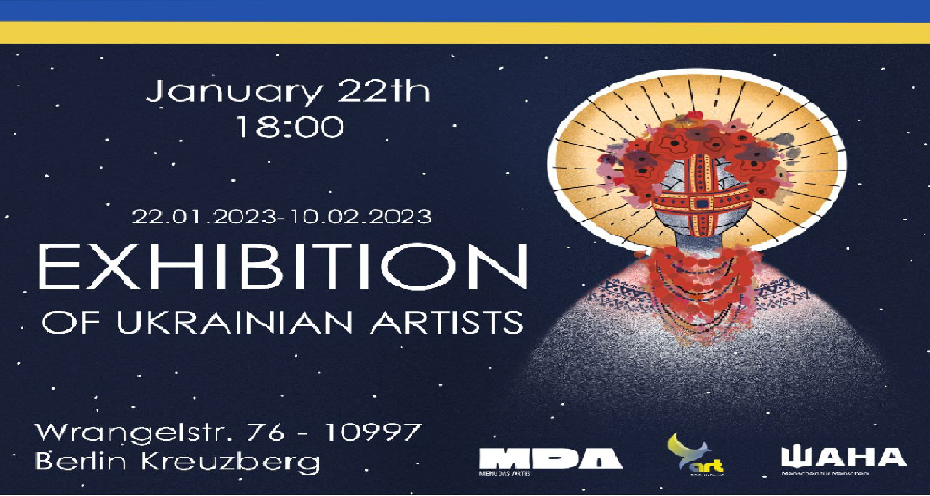 The Russian invasion of Ukraine’s lands means the clear intention of destroying a Ukrainian social and cultural system, either through the destruction of various buildings and constructions; the elimination and abuse of men, women, children and animals, or by political impositions and authoritarian territorial takeovers. As can be seen, international society, for the most part, does not accept the belligerent stance adopted by Russia towards Ukraine as acceptable.

Faced with this scenario, Ukrainian visual artists incorporated in their artistic productions, that is, in their readings of life and the world, the horrors of the invasion, and not only in its direct, warlike, combat sense; but also referring to its psychological, sociological, philosophical and moral details. It is even inevitable that there will be a before and after of Ukrainian art, considering the Russian invasion that began in February 2022 as a time divider.

Notably, from this transformation of Ukrainian art, which now incorporates factors of the Russian attempt to destroy the culture and symbols of Ukrainian society and family; Ukrainian artists began to experience difficulties when seeking to exhibit their arts in galleries, museums and exhibitions around the world. This is because, as they report, the art that represents the chaos of the invasion would not mean a good possibility of sale, would not convey happiness to collectors and connoisseurs, or simply would not contain within itself the representation of beauty, supposedly necessary for artistic creation.

However, those who experience the world of the arts, whatever the vertex they find themselves in, are faced with ethical duties on a daily basis. One of these duties, especially related to art exhibitors in general, is to respect and welcome artists, expose their realities and feelings, and another would be to convey this whole situation to visitors, connoisseurs, collectors and the general public. The opposite would mean a weakened position bent to merely economic interests, leaving aside the artistic contribution in such an important, and tragic, historical moment.

We invite you to visualize and understand the Ukrainian artistic environment referring to the pre-invasion moment (before February 2022),  as well as the post-invasion visual arts environment.

Artists such as Elzara Oiseau, Anastasiya Molchanova, Olha Bond, Ellaya Yefymova, Yana Yank, Daria Ti, Julia Shishkina, Veronica Blyzniuchenko, Yuliia Volodina, Olexandra Rodionova and others present their works in the hall, and the organization of the works is placed in such a way as to allow a direct confrontation between before and after, between peace and massacre; between human respect on the one hand, and violation of internationally recognized human rights on the other.

In the view of the curators of the present exhibition, creating obstacles to Ukrainian artistic exhibition, especially at the present time, means being conniving, even if by omission, with violent structures that subjugate an entire nation, families, people, symbols and ideas, through destruction, deaths and other types of oppression. We desire to fully open the curtains that formerly blinded and remove the veils placed by fear; opening up space and environment for the Ukrainian artistic reality of the post-Russian invasion period.

25 percent of the proceeds from the sale of paintings from the exhibition will go to help the SHANA project for Kinder für Kinder donations.

To anyone who truly wants to see and understand.